Motivated by a lively spirit of enquiry and a visionary and creative approach, Controcorrente’s ambition is to realise a musical dream – a new way of making music.
Our objective is to interpret the music we perform through a communal process, to be free from both personal and autocratic opinions, and to bring to fruition an original interpretation which is also liberated from current musical trends.
Controcorrente is the fruit of a common passion, inspired by energy, creativity and authenticity. 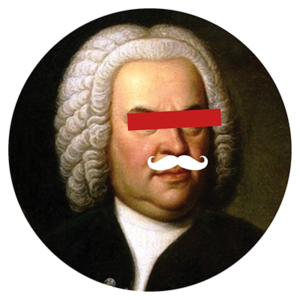 Return to old times, and that will be progress

Orchestra Controcorrente’s ambitious project was born from the meeting of accomplished young musicians and friends who share mutual respect and years of intense professional activity playing on period instruments with the most prestigious ensembles.
Thorough musical study has resulted in a common interpretative vision, which we aim to share with audiences though concerts and musical projects.

Controcorrente wishes to free itself from contemporary cultural and musical practices, and joins the music market by proposing an alternative vision. Our current economic system encourages a daily life-acceleration and a constant need to produce more, always at lower cost and consequent lower quality. This orchestra responds with a small-scale deceleration, a slow and conscious exploration of beauty, structure and expression.

The obvious provocation in our name underlines a strong desire by the artists to regain ownership and management of their time. They are aware of their duty to create a high quality performance and they refuse to submit to a hasty and superficial approach, preferring to proceed creatively – controcorrente – against the flow, towards the final product.

Controcorrente is an orchestra that plays exclusively on period instruments.
Historical research, which is of fundamental importance to us, has become a vehicle for new energy rather than a champion of rigid interpretation.
Whilst taking care to acknowledge the precious legacy of the past, Controcorrente looks to the future with an original and innovative approach which revives tradition in a vibrant and creative way.

AN INDIPENDENT AND SELF-MANAGING ORCHESTRA

We require your support!
To invest in this project means investing in an idea, in its potential and the energy and enthusiasm
which can only be generated by projects animated by “creatively courageous” ideas.

Controcorrente was consciously created without
a conductor-figure in mind.

We are guided by our recognition of the changes that have led to the division of the roles of composer / scholar / performer / conductor. It is well documented that in the musical world of the past it was meaningless to refer to a “composer” as intended in the modern sense, a figure exclusively devoted to the creation of a musical work.

Until the 18th Century, composer / performer / conductor were virtually indistinguishable categories, since the composer was also a performer, conductor and viceversa.

It was precisely when this synthesis began to fracture that the original figure of the ‘musician’ (who composes, plays, studies and conducts) collapsed, giving way to the modern vision of an interpreter as a mere performer, of the conductor as he who defines the interpretation of a musical work and of the composer as he who writes but is often unable to perform.

Controcorrente is a personal and musical aspiration to surpass the modern tendency to consider music in this compartmentalised way.

The path which we have undertaken is inspired by a musical vision which is rooted in history, not as a critique to the figure of the conductor in itself. It is our vivid wish to make each musician fully responsible in their role within the ensemble, to stimulate the individuality of each one of us and to make interpretative research a creative moment to be shared.

Controcorrente opens new horizons to its musicians through the challenge of aiming at the ideal of the “complete musician”, which the ancient world was so fond of. 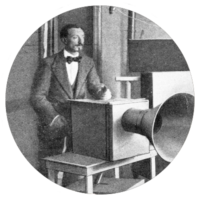 FOR ANY INFORMATION OR REQUEST